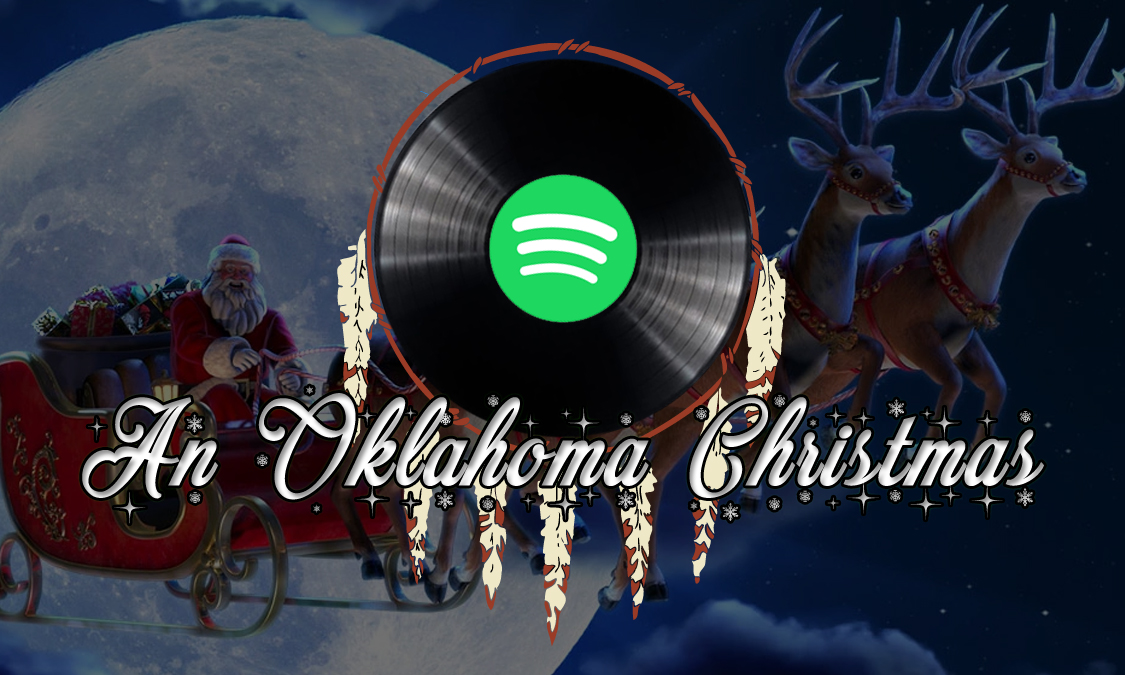 The year of 1904 led to the creation of the Oklahoma Chapter of the American Federation of Musicians in Oklahoma City. During its very first Christmas celebration, musicians came together for a ceremony in which the tribal Red Men Band gifted P.F. Peterson, then-president of the Federation, a ceremonial baton to commemorate the event and future relations between Oklahoma's musicians of all backgrounds.

Since these early days of our musical heritage, Oklahoma has had its influence on music both locally and internationally. With Oklahoma's early Jazz territory bands performing regionally and its Western Swing artists performing their own renditions, Oklahoma began to create their own sound for the season.

Perhaps the most influential Christmas artist hailing from Oklahoma would be the legendary Gene Autry. In 1947, Art Satherley, recording executive at Columbia Records, suggested Autry cut a new Christmas song he had discovered, that is now long-since forgotten. For the flipside of the record, Autry remembered a song idea he'd had the previous November while participating in the annual Hollywood "Santa Claus Lane" parade. Riding his steed in the parade just ahead of Santa in his sleigh, Autry heard children on the sidewalk excitedly shouting, "Here comes Santa Claus!" Satherley took Autry's idea to Oakley Haldeman, who composed the melody to Autry’s lyrics and a Christmas classic was born.

Another artist whose song lives in infamy is Gayla Peevey. Recorded when this Ponca City native was only 10 years old, it comprises of her entire Christmas list: a hippopotamus. When released nationally by Columbia Records, the song shot to the top of the charts. Picking up on the popularity of the song, a local promoter launched a campaign to present Peevey with her very own hippopotamus. The campaign succeeded, and she was presented with an actual hippopotamus, which she donated to the Oklahoma City Zoo. The hippopotamus lived for nearly 50 years.

Over the decades, Oklahoma artists have continued to record and write Christmas music to usher in the coming of the season. With music both in the traditional and religious themes of the holiday, such as the those by The Singing Churchmen of Oklahoma, or the more secular music of Team Galaxy, Oklahoma musicians continue to spread holiday cheer wherever they are heard.

Even the successful automotive dealer Jonathan Fowler, of Fowler Automotive, has shifted his eyes from car to sleigh during the holidays to help make his home state known as the Independent Christmas Music Capital of the World. Collaborating with Blackwatch Studio in Norman, the companies launched an annual campaign to expose (mostly) local independent artists and their music to the world.

Today, we continue in the same vein, by offering our special holiday playlist: "An Oklahoma Christmas: A Sleigh Ride Through the Decades". With Christmas music from Oklahoma artists spanning the course of last century, there are undoubtedly some you are familiar with and some new classics. Listen to it in order for a journey through time, or on shuffle, we hope these songs help set the mood for your very merry Christmas!